Our Asus EEE PC 701 SSD failed when I tried to upgrade it from Ubuntu 10.10 to 11.04. I was in the middle of an install when it failed to copy a file and then there after it could not even boot from the HDD. Time for a replacement!

Why Have A Laptop And Netbook?

This all happened at a bad time because I was going on holiday soon and I was planning to take it with me. The EEE PC was a great travel companion because it was small, light and cheap which meant I had access to a computer (and Internet where possible) on holiday whilst not too worried about having hundreds of pounds worth of computer being damaged or stolen.

When this all occurred, I was thinking of the possibility of replacement the netbook with a tablet. They fulfil more or less the same purpose of the netbook with a few pros and cons. Yes there is no keyboard for quick and comfortable typing and nor does it have the full range of applications a traditional desktop can offer but the boot time / always on and the optimized applications seem to counter those arguments (in my mind).

The biggest factor when I had decided was the price. Currently, a netbook can be had for aorund £230 and upwards. Cheaper for older models but tablets are currently are around £400+ excluding the Samsung Galaxy Tab 1010 but that has a 7″ screen with possible no outlook of getting new Android OS updates. This pretty much meant netbook was the only choice.

Being the Geek that I am, I almost always do research before purchasing anything more than in your weekly shop. For this replacement netbook it was no different. What I was surprised about was the lack of netbooks with Linux on them. All the recent ones were powered by Windows 7 Starter edition. WHAT WENT WRONG!? I remember when netbooks just started out and almost all of them had Linux on them due to Microsoft’s License restrictions and more importantly the resource hog (compare to Linux) it was.

Alas the days of Linux powered machines look like they have gone and even Asus, the innovaters in netbooks are only selling Windows 7 on their machines. I was looking for a Ubuntu compatible device and it seemed it was fairly hard to find a 100% compatible netbook. I did encounter a Ubuntu hardware wiki which has a list of netbooks and their compatibilities but it was out of date but a good starting point.

The Chromebook was even less of an appeal and it’s untested. I cannot rely on having an Internet connection and have yet to hear the reviews or stories of it’s use. Availability was also an issue.

After a long and hard search to find a Linux compatible system, I had decided to get the Acer D255E in red. There are 5 variants of the D25x which are D250 which is the first and oldest of the D25x range. Then came D255 which had the Intel Atom N255 processor. Then came the D255E which has the Intel Atom N450, N455 and N555. The main difference between the N45X and the N555 was the battery it came with. The latter having the larger 8 cell battery rated at 8 hours where was the former 2 have the 3 cell, 4 hours. The other smaller differences included DDR3 instead of DDR2 and slightly faster Front Side Bus (FSB). All in all I decided to go for the cheaper N455 version to save what was £30 at the time and coming in on budget of £200. This was a good result considering the inflation between 2007 and 2011 when I got the EEE PC 701 at the time.

I wanted to backup the system prior to doing anything in case I needed to return it. As per the usual Acer (and now pretty much all manufactures) has a recovery partition on their drive. Also the package did not include any restore media so if you break your Windows 7 Starter and your recovery partition, your out of luck because Windows 7 Starter is not available for purchase over the counter. People say you can contact Acer to get one if your willing to pay for the packaging and shipping costs but I think this is an oversight. All computers should come with system restore media. The good thing is you can create your own restore DVDs (note the plural!).

In order to create restore DVDs you must first boot into Windows and go through the registration to get to the Desktop. From there the start menu under Acer is Acer eRecovery Management. Starting this program allows you to create and restore from discs. This does mean you need an external DVD writer plugged in. The program will guide you through creating the 3 recovery DVDs. Once it was done time to get the Ubuntu 11.04 ISO out.

I created a bootable Ubuntu 11.04 USB stick to install from rather than using an external drive. The install process was fairly painless although during the HDD partition stage, I had to quit and go back into Windows to make sure I was selecting the correct partition (and not over write the recover and Android partitions).

Everything worked out of the box with the exception of the microphone. It was not picking up any sound but I think this is a Pulse Audio issue. To fix this do the following:
$ sudo apt-get update

$ sudo apt-get install pavucontrol
This will update the repository and install the pulse audio control panel. Once the install is complete, start the pulse audio control panel from the menu or by running the commal pavucontrol
Then select Input and reduce the input volume for either right or left. As soon as you do this the input volume bar will suddenly become active.

Some multitouch features work on the touch pad such as the right click when tapping with 2 fingers but I was unable to get the 2 finger scrolling to work.

I like the Unity shell and find it usable for day to day tasks. As with any new software it does need a bit of work. The Ubuntu Software Center is a vast improvement over the old

The AOD 255E has a height of 600 pixels which meant most of the minimal sized windows fix with the exception of the buttons at the bottom of windows (if any). This means it has only lost 178 pixels to make the lowest resolution of 768.

Overall I’m very happy with the setup. Although there are things that can be improved upon such as ability to update Android or even restore the Android partition. Also there is no way to enable the android dual boot feature without Windows. I hate the loss of space for the recovery partition and as I do not know what will be restored with the restore DVDs, I’ve decided to keep them there for the mean time but the combination of Android and recovery partition take up approximately 50GB!

The EEE PC SD card slot was a lot deeper than the Aspire One which meant the card would be more or less sit flush to the edge of the computer. On this machine it sticks up by around 1cm which means the card cannot be left in there as extra space. This is a design flaw in my opinion.

I’m also more sensitive to the fact that it’s using a traditional HDD instead of a solid state so no more throwing it around whilst it’s on. The size of the netbook is a big step up compared to the original EEE PC. Also the extra screen size and resolution helps. 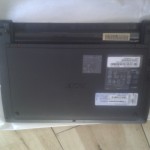 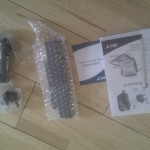 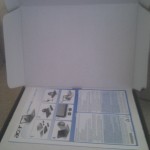 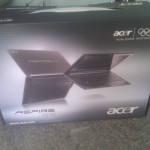 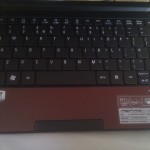 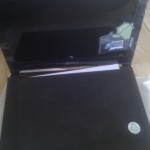 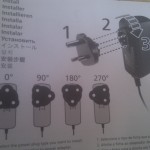 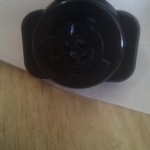 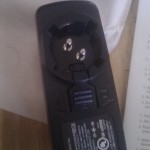 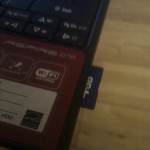 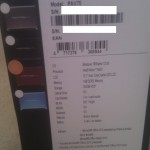 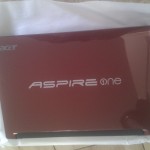 I.T software professional always studying and applying the knowledge gained and one way of doing this is to blog. Danny also has participates in a part time project called Energy@Home [http://code.google.com/p/energyathome/] for monitoring energy usage on a premise. Dedicated to I.T since studying pure Information Technology since the age of 16, Danny Tsang working in the field that he has aimed for since leaving school. View all posts by Danny → This entry was posted in Hardware, Linux, Windows and tagged Acer, Aspire, Asus, asus eee pc, asus eee pc 701, Atom, eRecovery, Intel, Laptop, Linux, Microsoft, netbooks, SSD, Ubuntu, USB, Windows. Bookmark the permalink.