It arrived today! No thanks to the DHL company and the lack of instructions on the Currys website. DHL didn’t even card the missed delivery. I would have got it last week!

Moving on the Asus EEE PC is really small. It weighs so little that you could hold it with one hand and type with the other for a long time without breaking an arm. I bet the battery weighs almost the same as the unit itself. I do find my man sized hands and fingers keep pressing the wrong key but hopefully I’ll get use to it. It does get warm but not uncomfortably hot so that you couldn’t have it on your lap.

The build quality is excellent and feels more sturdy than some cheap notebooks like Acer. There i hardly any place where you can press and it will flex except for the screen. The plastic feels a lot like the IBM Thinkpad T60 I had used. It’s a roughish surface.

The screen size is very small making the text looking lke 8-9pt on a normal monitor but it is o.k to read from. There is a lot of scrolling involved and not all programs nor websites adjust properly.

The only frustrating thing about it is the lack of optical drive. I could have lived with just a CD drive looking at the prices of external DVD drives. I’m a bit lazy and just ordered one along with extra RAM which I will post when I get them.

The power supply doesn’t have a brick (transformer) attached to it. Instead it has a curved square block on the plug head.

The lid doesn’t have a catch like many new style notebooks but I’m not 100% sure it uses the clutch system but rather the stiffness to keep the lid closed. The metal style mouse button along the bottom does add a nice touch to it especially on the black model I got.

It does lack Bluetooth which is a shame considering it is in almost everything nowadays.

It came with a matching black neoprene case which was a nice snug fit and a nice touch to the package. I bought a 4GB SanDisk SDHC Class 2 SD card. It worked right out of the box but it keeps popping up with a dialog box asking me what I want to do with it.

The unit last quite well. I did not time it but it was between 2.5 – 3 hours with normal desktop applications like Firefox, some 2D gaming with Wifi turned on and a SDHC in the slot. The screen brightness was also turned up to the highest setting and the volume was on about 80%. Not too bad. I wonder how long the 6 cell battery will get?

Asus has made good work of the Xandros distribution and acts and plays like any other KDE desktop. There is a bit of apt-getting to get the full desktop but the downloads are not huge.

There is a nice bundled amount of software that came with it. The simplified Graphical User Interface (GUI) was very easy to use and everything was almost easy to find. I’m glad they had this interface because I think the KDE environment could confuse the Windows with the unknown feature of virtual desktops, the lack of a big analogue clock and the array of options in the control centre.

Everything was separated into tabs making it even easier to find the sort of program your looking for. There were some really good educational program that was installed and I can see why RM would re-brand the Asus EEE PC for the education sector but highly doubt the public schools would be able to afford them.

I did have a problem getting the MAC address of the wireless card but funy enough my girlfriend found it in the end.

The newer, slightly bigger and more expensive model of the EEE model should be really good. I hope they keep Linux as the main distro. There are rumors of touch screen and possibly GPS features too. A touch screen would be nice but I’d rather keep the price down. A new larger SSD is a welcomed addon as well. All in all it sounds like a good follow up of the current model.

There will be increased competition from other manufacturers too like the Intel classmate. What Asus has done to make sub notebooks popular is only the start and they need to stay ahead in the sector if they want to be the favourite sub notebook maker. The OLPC is out now compared to the classmate but doesn’t seem to pose a threat to the Asus EEE PC but that’s no surprise considering the objective of the OLPC.

I want to put Ubuntu on it but there are quite a lot of hacks to get it to run smoothly. Also the decision to go with EXT2 or EXT3? EXT2 doesn’t have journaling so it doesn’t have as many writes to the HDD as EXT3 but it has a higher CPU overhead. EXT3 has journaling so if it crash it wouldn’t matter as much if it was writing to disk.

There is the question of installing it without an external optical drive but the Ubuntu EEE wiki takes out all the guess work for installing. The wiki also has tips for after installing Ubuntu for example reducing the amount of swap file it uses if you have swap file turned on.

It is possible to install Ubuntu using a bootable flash memory stick but then you have to go through the hassle of building one and if anything goes wrong you’ll need to make a Xandros bootable memory stick. All too messy so I decided to wait for the external DVD drive. 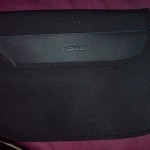 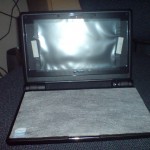 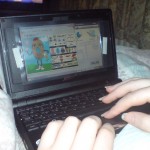 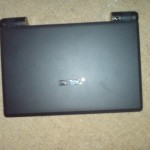 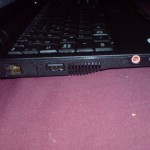 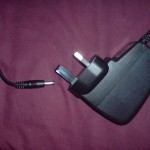 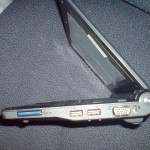 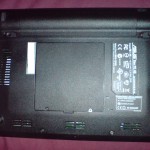 I.T software professional always studying and applying the knowledge gained and one way of doing this is to blog. Danny also has participates in a part time project called Energy@Home [http://code.google.com/p/energyathome/] for monitoring energy usage on a premise. Dedicated to I.T since studying pure Information Technology since the age of 16, Danny Tsang working in the field that he has aimed for since leaving school. View all posts by Danny → This entry was posted in Laptop, Linux, Review. Bookmark the permalink.