I was looking to replace the stock strap that came with my Canon 700d with a Black Rapid strap but didn’t want to keep swapping the tripod quick release(QR) plate for the fastenR. I found a way on YouTube to use the QR plate with the Black Rapid Strap (I do not any credit for this setup) but it has since been removed.

There is an alternative to this method which was to buy Black Rapid’s FastenR FR-T1 which replaces the screw on the plate but it would mean you would have to buy and replace all the screws on the plate which was priced at £14.99 on Amazon (RRP £19.99). Whilst this setup maybe expensive for a single camera, single plate setup anything more will ending up costing more.

I take no responsibility for anyone following my instructions and it’s provided as is.

The following parts are needed:

Screw the FR-3 into the underside of the Manfrotto 323:

Attache the strap karabiner to the FastenR as per normal:

The camera can be attached onto the base of the Manfrotto 323 which is held by the strap. Below is the a picture of it in action on a Black Rapid Sport:

The quick release feels very solid (more than the one on my tripod) with a small lock lever it will be unlikely to go anywhere. As a precaution to using this unofficial setup, I’ve also used the Black Rapid Tether Kit to the strap anchors on the camera to the strap karabiner:

This setup financially makes more sense for people using more than one camera on the strap and convient to use. The only issue I have encountered so far is adding the tether kit adds an extra item to attach but the added safety gives me a piece of mind. 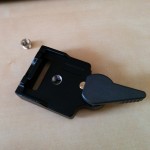 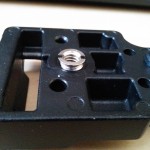 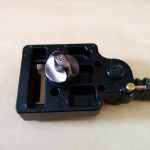 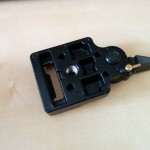 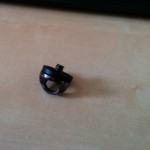 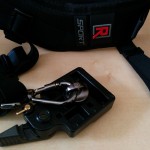 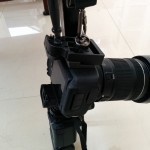 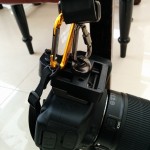 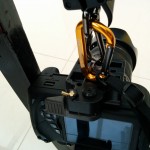 I.T software professional always studying and applying the knowledge gained and one way of doing this is to blog. Danny also has participates in a part time project called Energy@Home [http://code.google.com/p/energyathome/] for monitoring energy usage on a premise. Dedicated to I.T since studying pure Information Technology since the age of 16, Danny Tsang working in the field that he has aimed for since leaving school. View all posts by Danny → This entry was posted in Photography and tagged BlackRapid, BlackRapid RS-Sport, DSLR, RRS-1BB, SLR. Bookmark the permalink.