One of the best investments (and performance boast) is to get an SSD drive which will speed up load times by a lot. There is, however an even fast technology which is RAM Disk.

What Is RAM Disk?

RAM disk is creating a disk partition held within memory which is even faster than SSD. RAM Disk do, however carry it’s problems such as compatibility and lost of data should the computer crash or loose power. Another draw back is the state of the RAM disk needs to be saved and restored from SSD / HDD if you want to keep the data held on it. This can cause boot up and shutdown times to be longer. The issue gets worse bigger the disk is.

RAM Disk requires software to setup. Most of them are paid for but we will use DataRAM RAMDisk which has a lite edition for free. The free versions puts restrictions on settings and has a limit of 4GB but this should be sufficient for basic usage.

Once complete start the application and the configuration utility will appear. Make sure the Disk Size is set to the maximum (for lite edition 4092MB) in the Settings tab.

Go to the Load/Save tab where you can set whether the RAM Disk should save the contents to disk. Example below it does. When complete, press the Start RAMDisk button. If the image does not exist and the partition type was set to unformatted then RAMDisk will open disk manager to allow you to format it. Select GPT and press OK on the Initialize Disk diaglog.

Find the disk in Disk Manager. Right click on the black (unallocated) bar and select New Simple Volume. A wizard will appear. Press Next > button and set the volume size to the maximun disk space. Give it a drive letter. Any letter is fine as long as you remember which one. Also give the Volume label a name. This is effectively naming the drive which will appear in (My) Computer. Press Next > and then Finish button.

A new hard disk should appear in the Computer section.

Using DataRAM’s RAMDisk software is very easy to setup a RAMDisk. This guide only covers creating the disk itself but look out for future articles on using the RAM Disk. 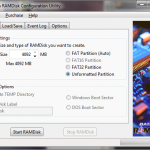 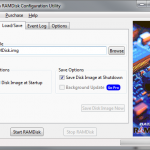 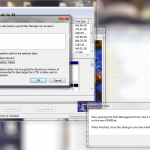 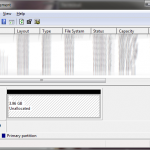 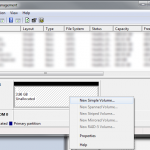 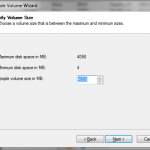 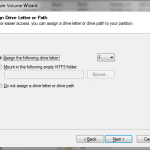 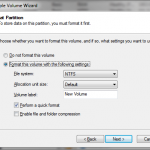 Faster Than an SSD: How to Turn Extra Memory Into a RAM Disk

I.T software professional always studying and applying the knowledge gained and one way of doing this is to blog. Danny also has participates in a part time project called Energy@Home [http://code.google.com/p/energyathome/] for monitoring energy usage on a premise. Dedicated to I.T since studying pure Information Technology since the age of 16, Danny Tsang working in the field that he has aimed for since leaving school. View all posts by Danny → This entry was posted in Windows and tagged Disk partitioning, GPT, Hard disk drive, HDD, Master boot record, NTFS, RAM, RAM Disk, solid state drive, SSD. Bookmark the permalink.