I recently bought a new printer and wanted an all in one unit as well as a cross platform compatibility. I’m bias towards Epson printers which I have had in the past and have had good experience with them. The printer has been on the market now for almost a year and I’m sure they will release new versions soon.

The printer looks it’s part in the Epson range with the black smooth contours. The printer has an LCD screen, memory card reader, scanner and networking built in.

The size of the printer is very big! It’s larger than my expectation but when compared to my old printer, Epson Stylus Photo R360 it’s almost the same width but the main unit height is a lot taller on the SX600FW. I believe the scanner adds the bulk of the extra height when I was comparing them.

The trays (feed and paper) feel plastic like (because they are) which do not bend but are not very smooth to pull out and put back in again but nowadays I haven’t seen a consumer printer that doesn’t.

There is a very annoying transparent plastic ?guard? that sits in front of the read paper feed. As far as I can see it limits the amount of paper is put into the printer but the thing is on a spring so it can rotate 90 degrees. When you are re-inserting only one to two sheets back into the paper feed you will normally hit the plastic thing and have to rotate it 90 degrees, slide the paper in and let go for it to ping back to where it goes.

The cool folding design of the top which folds out to a paper feed for scanning makes it real useful when you need to photocopy a lot of pages and I assume this is also used for faxing purposes. When it’s not used the whole top folders back into a smooth contour like a wave. Whilst this folding action only seems like an aesthetic function it actually makes it easy to wipe the surface of dust without the cloth being caught on anything or any small tight spaces where dusts may get into.

The printer comes with a good array of extras / accessories such as a USB cable, RJ-11 with a BT adapter, all 4 ink cartridges and power cable. I was surprised to find a USB cable because I heard most printers do not come with one.

I like how the black ink cartridge is double the width of the colour because I find I use a lot more black ink than colour so when it comes to buying multi packs of ink I tend to break into a new pack just for the black.

I used Windows 7 64 bit for all of this review and it works 100%. There are 64 bit Vista drivers which I chose to install. The software includes both printer and scanner drivers. The problem with Windows 7 was that it did not put any short cuts to the scanner or printer monitor in the start menu. I can’t remember if it created any shortcuts on the desktop. To over come this fact I have to go to the “Devices and Printers” menu in the control panel. It has the device listed under printers but right clicking on the icon reveals the scan option too.

The printer has the usual Epson style quality option ranging from draft to photo.

The ink levels did not show up using the network connection but this can be easily overlooked by the fact that it has ink levels on the display. The software even allows the printer to print in “Quiet Mode” which reduces the print speed for less noise during printing. On the other hand the next tab along shows a “High Speed” option under the “Print Options”. Which one takes presidence?

The scanner is very impressive. The speed is extremely quick for very good quality. The whole process from hitting the scan button to an image file appearing on your computer takes less than 10 seconds and all the text on the page is legible using the default scan settings.

NOTE: All of my experience with the SX600FW is based on the printer connected to the network via ethernet cable.

Using Ubuntu 8.04 it find the printer but the drivers got a little shaky. It determined it was an Epson but it does not come with the correct drivers. Unfortunately the current Gutenprint version in the 8.04 repository does not include the drivers so doing a simple apt-get will not work.

Thankfully you can download the drivers here, select the correct distribution for Ubuntu 8.04 it’s ” x86 32 bit (DEB for LSB 3.2)” for 32bit. Doing the command sudo apt-get install lsb first to install the LSB dependency and then sudo dpkg -i openprinting-gutenprint_5.2.3-1lsb3.2_i386.deb will install the driver. Then run through the add printer process and the driver is called Office SX600FW. I do not know why it’s called office.

Linux only works with printing under network connection. People have reported scanning works with Xsane via USB but I have not tried it.

Overall it’s a good printer with fair support from different platforms, good print quality, speed and all-in-one features. The most important function of a printer – printing has not been lost to the multifunction by the unit. It will work as a good standalone printer too with the option to scan to email as well as memory card options. All in all I am happy with the printer and would recommend it to other people. 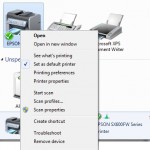 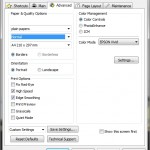 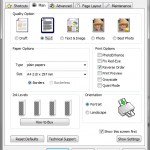 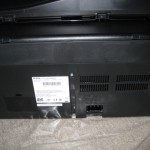 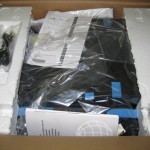 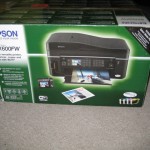 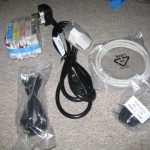 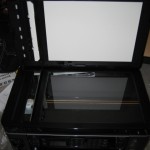 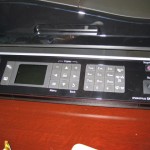 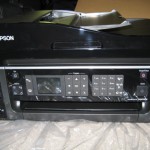 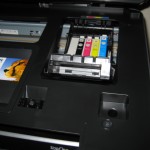 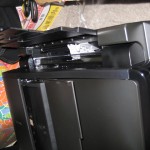 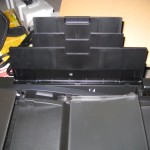 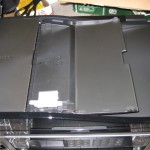 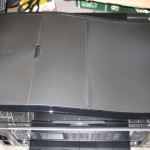 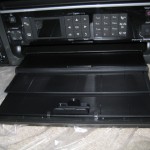 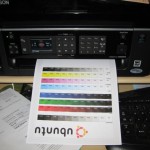 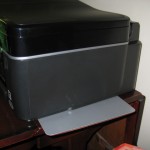 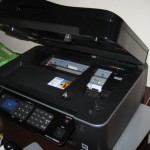 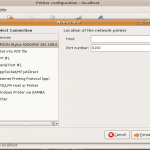 I.T software professional always studying and applying the knowledge gained and one way of doing this is to blog. Danny also has participates in a part time project called Energy@Home [http://code.google.com/p/energyathome/] for monitoring energy usage on a premise. Dedicated to I.T since studying pure Information Technology since the age of 16, Danny Tsang working in the field that he has aimed for since leaving school. View all posts by Danny → This entry was posted in Hardware, Review and tagged Epson, Epson Stylus SX600FW, Network, Print, printer, Review, Scan, Scanner, SX600FW, Ubuntu, Wifi, Wireless, Xsane. Bookmark the permalink.