A follow up to Home Networking Overview posted a while ago. With more than a year past I want to go through the changes made, where I’m at and what future changes.

The journey from the original post started before 2017 so whilst the overview was posted in 2019, the road the changes started way before it was published. In that time, mesh networking has come a long way, 802.11ac (WiFi 5) improvements with radio waves such as beam forming to frequency division and 802.11ax (WiFi 6).

As a reminder, the objectives I had for networking at home where: 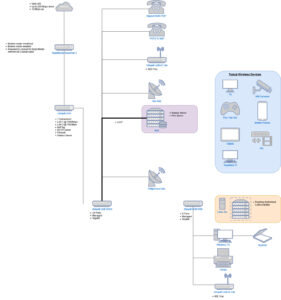 The biggest change has been the move to Ubiquiti system specifically Unifi series.

Starting with the router, this was replaced with the Unifi Security Gateway (USG-3P). The biggest difference was the router did not have built in WiFi which lead to adding a separate wireless access point (WAP). More details later. The USG in tandem with the Unifi software controller ran services such as DHCP to assign IP addresses (like all home routers) through to RADIUS authentication (again more on that later).

Gone are the unmanaged 8 port switches from Netgear and in it’s place are a Unifi 24 port switch (US-24). This meant a lot of the wired only devices moved onto that switch and directly connects to the USG. One of those ports goes to another 8 port Unifi switch (US-8) due to the physical location of the office to where the modem is located. The reduction in switches minimises the hops between devices.

The wireless access points have been all replaced with 2 Unifi AC lite (UAP-AC-Lite) at more or less opposite ends of the house.

The USG replaced the Asus RT-N66U. Asus supported that 5+ year old router with software updates right up to before it died and therefore would be my recommended brand of routers if people asked. In it’s place, the USG lacks built in WiFi. What it makes up for are various prosumer/enterprise level features such as:

to name a few. The integration on Unifi controller is far superior as well such as APIs.

The biggest move were to move from unmanaged to managed switches to support features laid out above. Having the switches managed through the same controller makes setup a lot easier otherwise there are cheaper alternatives albeit you have to make sure the configuration in the Unifi controller matches those on the switch. 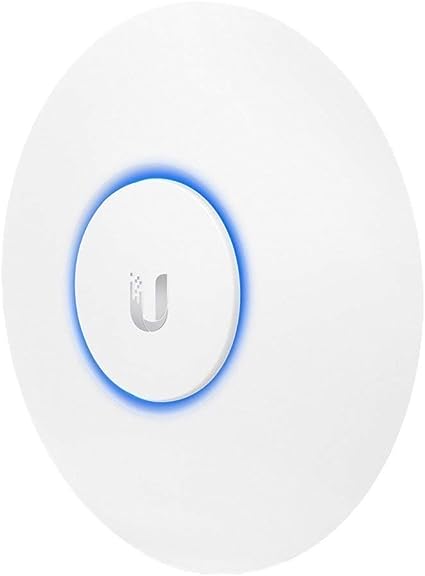 A lot of wireless capable devices which were hard wired were moved to wireless which makes managing devices easier when bandwidth was not a concern. For example the PlayStation 4.

Like most technology, things have moved on. The number of devices on the network has increased with the advent of IOT I have taken to WiFi 6. At the time of writing, the things on the wishlist are:

The hardware is the foundation for devices connected to the network. The next part revolve around the software and how it leverage’s the hardware to it’s potential.

I.T software professional always studying and applying the knowledge gained and one way of doing this is to blog. Danny also has participates in a part time project called Energy@Home [http://code.google.com/p/energyathome/] for monitoring energy usage on a premise. Dedicated to I.T since studying pure Information Technology since the age of 16, Danny Tsang working in the field that he has aimed for since leaving school. View all posts by Danny → This entry was posted in Networking and tagged 802.11, 802.x, uap, ubiquiti, unifi, usg, vlan. Bookmark the permalink.