I have finally made the jump from the iPhone to an Android OS phone. Whilst the OS 4.0 from Apple preview event looked good, there was no sign or mention that they will change the App store and it’s draconian approval process.

I was undecided between the HTC Desire and the Google Nexus One. There two phones run on a similar platform but there are subtle differences such as noise cancellation and track ball on the Nexus vs. Sense UI and an optical track (ball).

The decision was made to go the Desire because:

The phone came in a very small package but still managed to fit most of the items I’d expected to see to come with the phone e.g earphones, documents, etc.

I do have to say there was no manual that came with the phone but it was more like a quick start guide. On the first start up of the phone there was another quick introduction but nothing substantial for those who like to read the manual.

After having an Apple iPhone 3G for just over 18 months it was apparent what I missed and what I loved about the new phone.

The phone does have conference calling function but it is not displayed on screen during a call. Pressing the menu button reveals this function

I still prefer the Apple iPhone’s keyboard but that may be because I was use to using it the Apple way. The typing of the keys felt slightly less accurate but I’m getting better at it and the spelling corrections are not as well done but the words in the dictionary are much better because it contains some odd words not in the dictionary.

HTC Sense UI does add some good integration from third party companies such as Facebook and Twitter integration to the contacts. The “People” or contacts page allows for linking and unlinking from Facebook profiles. Once linked it will associate people’s profile pictures to the contact on the phone.

There are caveats to this like some profile pictures have really low resolution so it gets blown up on screen when the person calls and also HTC has duplicated some of the functionalities the Android OS provides already for this integration. For example HTC has it’s own version of Facebook application which allows it to link to the peoples page but the non HTC Facebook app also has to be installed in order for it to work. This means there are two apps which appear in the programs list for Facebook.

I am happy with the trade offs for the phone but I hope the continous improvements made by both Google and HTC will come to fix some of the issues I have raised over time.

In terms of the battery problem I do not think there is anything that can be done without a re-design. 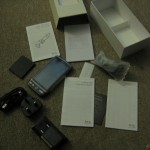 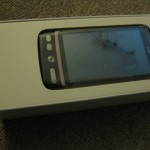 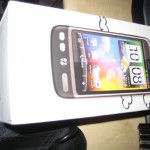 I.T software professional always studying and applying the knowledge gained and one way of doing this is to blog. Danny also has participates in a part time project called Energy@Home [http://code.google.com/p/energyathome/] for monitoring energy usage on a premise. Dedicated to I.T since studying pure Information Technology since the age of 16, Danny Tsang working in the field that he has aimed for since leaving school. View all posts by Danny → This entry was posted in Linux, Mobile Phone and tagged Android, Apple iPhone, Apps, Desire, Facebook, HTC, itunes, Nexus, twitter, USB, usb drive. Bookmark the permalink.