I was looking for a replacement to Dropbox after the EULA / T&C changes and found SpiderOak to be a very attractive alternative. It’s a backup and folder sharing / sync software which runs on all 3 major platforms (Windows, Mac and Linux). In this article I will compare the differences between Dropbox and SpiderOak.

Registering for an account was fairly simply. Not much different to other sites around today. Entering the usual details of username, password and email address with a confirmation email after. The service provides 2GB for free which is the same as Dropbox but there is no possibility of extending this without paying. Dropbox has a referral feature which adds 250mb to your account. I have accumulated a few referrals in my time so I have more than the 2GB space but I use less than this currently (but close to the limit).

Dropbox only required a login for each client to access the same account but SpiderOak required more.

The user interface is not as user friendly as Dropbox but it is also a lot more powerful. Consider SpiderOak a power user tool. It splits items up by category of what you want it to do. There are:

Starting with the Status tab, there are multiple tabs within this page. The first one is overview. This is a good indicator as to what is happening with the 3 main features of Spideroak: Backup, Sync and Share. There are small details within each status such as how many files are currently being upload and the remaining amount in backup, Number of “Syncers” in Sync and the number of sharers in Share. Moving to the Queue sub tab within the Status page shows the files that are waiting to be processed.
Actions
Logs show what happened in the past such as files being uploaded and downloaded, shared or sync’d and Stats just gives a summary of what the program has done.

Unlike Dropbox where a directory is placed on your computer where everything is sync SpiderOak uses the more traditional method of allowing users to choose the folders to be uploaded. This is the job of the Backup tab.

The View tab shows a list of files in a tree node structure similar to Microsoft Windows classic sidebar view. It’s quick and efficient but does not allow multiselect (to delete multiple backup files for example) nor any preview of the file. The view also shows the amount of space free and used by the backup in graphic form (where as the Status page show it in numeric format).

Sync allows multiple computers to share and keep files up to date with each other. This is the core of what Dropbox does.

SpiderOak also allows users to share access to other users. The difference with SpiderOak is that they allow other uses to login without a passwork. Also the public area is designated by yourself instead of SpiderOak where as Dropbox have public folders where files are shared and stored.

As with any online backup systems there largest and longest part of process is the initial upload of the files. Fortunately SpiderOak compresses the files prior to upload making this process quicker. Dropbox does not do this making the initial upload longer. For some reason after every upload the files took a long to in the “finalizing” stage. Even if the file size was marked as 0 bytes? This occurred through the time I was using it.

Updating existing files for both services are fairly similar. Whilst Dropbox doesn’t compress the files to be uploaded it does upload only the changed bytes.

One disadvantage of SpiderOak is the the lack of LAN Sync. This greatly increases the speed of synchronization because the files are transfer over the network instead of out through the Internet and back again.

I encountered a server error 500 when I was adding a device which was running on Ubuntu 10.04 LTS. It quit automatically but when I went to add it again the device had been added to the list. I then had to go back and select reinstalling device so that I could select the device from a list instead creating one. There was about 1-2 minutes while it was doing a 10 step process but eventually loaded the normal SpiderOak interface.

Once the second computer was up and running I had to set up a new backup directory. This directory would be where files are synchronized to. I used my Dropbox directory as a test. I disabled Dropbox on both computers but ensuring they were both synchronized. Once that was done my Windows computer already had a backup set up of the directory and everything was uploaded. When I tried to add the second Linux computer’s Dropbox directory it kept complaining I didn’t have enough space and kept popping up with a message to buy more space. I thought the “advanced de-duplication” would see it was the same directory with the same stuff in it as the Windows computer! Alas it didn’t. To get it to work I renamed the Dropbox directory and created an empty folder, added it to be backed up and then I was able to select the 2 Dropbox directories from each computer for synchronizing.

Couple hours later and it has managed to create the folders on the second computer but still no files. This is unacceptable!

In comparison Dropbox charges $9.99 per month for 50GB which makes SpiderOak cheaper.

Security perspective it’s great but the trade off for that is recovery. The version backup is a major bonus but again the trade off is space. The latter isn’t an issue because you can turn off versioning to keep the space down.

The biggest issue I had with it was the Sync. The fact that adding the second computer’s directory as a backup with existing files in it causes it to spontaneously show the popup is unacceptable. Whilst I believe the merge tool was built for this situation I think it’s a flawed model. Also the time it took to Sync the files across was too slow. It was during peak time so my bandwidth was throttled by Virgin Media it should at least start to synchronize files across. In the end I gave up and went back to Dropbox. 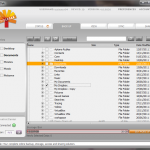 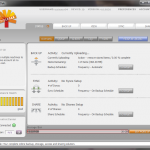 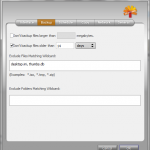 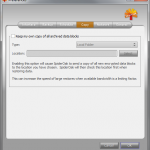 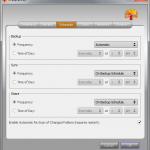 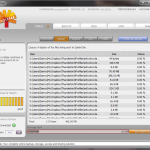 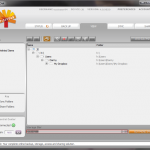 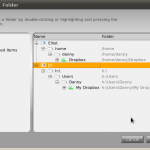 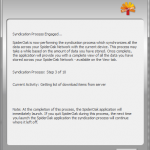 Dropbox vs. the Alternatives: Which Online Syncing Service Is Right for You?

I.T software professional always studying and applying the knowledge gained and one way of doing this is to blog. Danny also has participates in a part time project called Energy@Home [http://code.google.com/p/energyathome/] for monitoring energy usage on a premise. Dedicated to I.T since studying pure Information Technology since the age of 16, Danny Tsang working in the field that he has aimed for since leaving school. View all posts by Danny → This entry was posted in Software and tagged backup, cloud, Dropbox, encryption, Linux, Security, spideroak, sync, Ubuntu, Windows. Bookmark the permalink.

One Response to SpiderOak Mini Review