There are plenty of exceptions where hardware and software abstractions are used to create modular and flexible designs in a modern OS. Examples can be seen from Microsoft’s .Net Framework to Virtualization.

Logical Volume Management or LVM is no exception. It allows the separation of physical disk storage devices to a software layer allowing for partitions to span across multiple disks to only appear as one drive to the user.

A Logical Volume (LV) is a software managed volume. This allows the LV to extend or contract in size as and when needed. As time goes on more disks can be added and the LV can expand to take advantage of the disk without referring to each new additional drive as a separate drive e.g in Windows world E:\ currently exists with 100GB with a new drive added, it must be mounted on another drive letter e.g F:\ with 200GB. Using LVM E:\ will remain as a drive but the second drive will be added to E:\ making it appear as though drive E:\ has 300 GB, 100 GB from the original drive and 200 GB from the new drive.

Similarly the drives can be removed from the LVM if the drive is to be removed or used for another purpose. Reducing the size is more dangerous than expanding one and also all the existing data needs to fit onto the remaining drive space.

LVM should be used from the start as it requires the disk to be formatted / partitioned. LVM can consist of one disk and more can be added later.

I have encountered LVMs when Fedora first came out but never really understood / utilized them. It did not help that Ubuntu never had any user friendly way to configure them and Gparted, my preferred disk partition manager did not support LVM.

Fedora / Redhat had always supported LVM very well and now Ubuntu is starting to catch up. The GUI still has some way to go but it’s improving all the time.

LVM has also moved to version 2 with the Linux 2.6 kernel and is the version this article will document.

The remainder of the article will document setting up and configuring LVM on a Ubuntu 10.04 system. LVM is used in other Linux distributions and the commands may be common across all platforms but some may be Ubuntu specific.

As part of the install of LVM there was a GUI tool installed as well system-config-lvm. To start the tool go to Applications > System Tools > Logical Volume Management

So far in the example used in this post, one LVM group with one physical volume has been create. This can be seen in the LVM tool:

Adding More Space to a Volume

A new drive or partition would be needed to extend the volume group size. How the spare space is allocated to each volume can be managed separately.

Ensure the data currently on the LVM can fit onto any disks that remain attached to a LVM group. It is advised that a backup is taken before continuing.

If you need to format and reinstall your OS or move your LVM storage to a new machine it needs to be prepared for that prior to moving it.

LVM is a very clean way to allow for volumes to be expanded without impacting current software or setups. It helps to alleviate problems when disk drives run out of space and is a bonus to allow drives to be kept rather than replaced. It is advised that the process is done at the beginning of an install to avoid migrating the data from a non-LVM disk to a LVM space. It took several hours to copy just under 1TB from one system to the other. 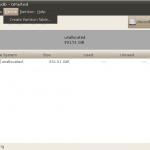 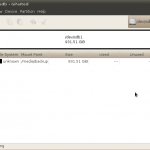 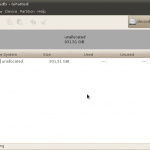 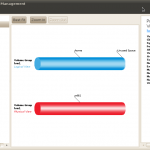 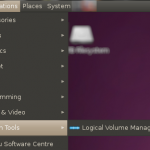 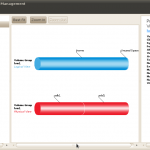 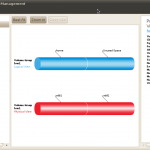 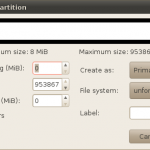 How do i remove a disk from an LVM?

Moving a volume group to another system

I.T software professional always studying and applying the knowledge gained and one way of doing this is to blog. Danny also has participates in a part time project called Energy@Home [http://code.google.com/p/energyathome/] for monitoring energy usage on a premise. Dedicated to I.T since studying pure Information Technology since the age of 16, Danny Tsang working in the field that he has aimed for since leaving school. View all posts by Danny → This entry was posted in Linux and tagged disk partition manager, disk storage, Gparted, GUI, hard disks, logical volume management, LVM, partitions, physical volumes, Ubuntu. Bookmark the permalink.