I used these 2 web sites as my guide to installing Ubuntu on the Asus EEE PC. I opted for the external LG DVD drive to install Ubuntu was fairly simple and painless. It booted into the live CD and I began the installation process.

I chose to format the SSD drive to EXT2 over EXT3 because of the less writes to the SSD. I want to preserve the HDD more as it’s an emerging technology and the extra CPU over head will only make the battery drain faster.

I did not have to disable the compiz to get the window dragging ability. After the reboot, I logged into Ubuntu and everything looked o.k I plugged the network cable in so I could start installing things including the drivers. The problem started and ended there. It did not have a compatible driver for the ethernet card! The only way to transfer files was using a CD or USB memory card which was note a problem but the pre compiled debian files had depencies and those dependencies have other dependences and so on. I didn’t have the time to trace them all down, download and install them in the right order.

After searching and posting on the EEEUser.com forum there was no answer. My lack of compiling knowledge has let me down because the source code is available under the GPL license. I also had university work to do at this time.

Stuck for answers, I decided to download the 8.10 “Hardy Herring” beta. Again using the external DVD drive I loaded it up and from there it picked up the NIC first time. It did display a message saying it had problem detecting the battery but that dialog box can be disabled and it still shows the battery information fine. It even shows the amount of power draw, the charge amount, etc left. Nice improvement. For some reason I didn’t install it straight away but had problems loading the live CD for the second and third, forth, etc. The loading bar would get stuck at a certain point so I did a hard reset. I then got side tracked with something else and the Ubuntu start up sound played. I then rebooted and left it only to see it continue after leaving it for about 1-2 minutes. This also happened on the first couple of boots when it was installed.

The install went fine. Booted it up and I have over 400 updates to install! It took over 1 hour to download so I decided to try and get the wireless card working using the madwifi drivers as described on the Ubuntu EEE Community Page. After that I could move it around the house. Once the downloads were finished it was about 3 AM! The install took even longer because I fell asleep. I woke up during the night to find it had 6% battery so I plugged the power supply in, turned it off and went back to sleep.

After getting the essential software like DVD and MP3 codecs, games and uninstalling other stuff I didn’t need, I had about 1GB free which isn’t too bad. I still haven’t used the 4GB SDHC card yet.

I couldn’t get kismet working because there wasn’t any drivers and I haven’t had a chance to try netstumbler. I installed cheese but the webcam doesn’t seem to be working either. I think it’s a driver issue. The sound card, NIC, video and SD card reader worked without any extra work. I followed the guide to install the MadWifi drivers to get the wireless card working. The ACPI driver was downloaded automatically using the Update Manager or “apt-get’ting”. 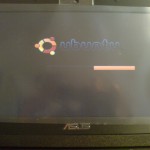 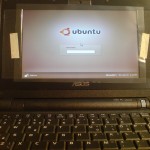 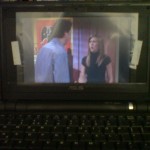 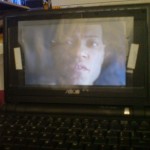 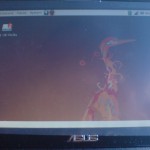 I.T software professional always studying and applying the knowledge gained and one way of doing this is to blog. Danny also has participates in a part time project called Energy@Home [http://code.google.com/p/energyathome/] for monitoring energy usage on a premise. Dedicated to I.T since studying pure Information Technology since the age of 16, Danny Tsang working in the field that he has aimed for since leaving school. View all posts by Danny → This entry was posted in Games, Laptop, Linux, News. Bookmark the permalink.

One Response to Ubuntu On Asus EEE PC