A minor update to my Core Everyday Carry for 2021.

The main change has been part of my 2 year mobile phone upgrade cycle. I will also review some of the other items where they are note worthy.

This was a difficult decision compared to previous upgrades. The contenders were:

Going through them one by one.
1. I was not impressed with the Pixel line which I returned to from my iPhone 6s in 2017. You can read about in my 4 Android Phones In 4 Months so the Pixel 5 had to do something special as a flag ship phone. As it turns out, Google then went down a level to the mid market and with the issues I’ve had, I wasn’t going to step down a level in hardware e.g the processor if I was having performance issues already.

2. I was hoping for a OnePlus 8T Pro but then OnePlus stated they were not going to make one before the launch event. Look at the 8T, it was good but lacked the features of the Pro which I would like for (at the time) an extra £100: wireless charging. Yes, I paid £100 extra for wireless charging…

3. The iPhone was my real saviour. It was rumoured with all the right things, camera was on par if not second to the Pixel but the video capability was much better. The one big criteria I had was it had to have USB-C because:

Turns out the first did not come true. The lack of charger would not have been a problem because I am already moving to the USB-C lifestyle. Everything else was superior to the rest of the Android line up in my opinion. 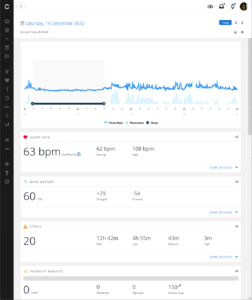 The watch replaced the Mobvi TicWatch E and so far it was been great. The things the watch did which lacked in the TicWatch was the battery life and reliability. The Garmin lasted consistently over 4 days normally closer to 5 depending on usage. This was at the cost of display and “smart” features. I am happy with the trade off however I do miss the more advanced features like ability to create my own watch faces to the sleep tracking is no where near as good Sleep as Android

The reliability has been amazing. From Bluetooth connectivity to the watch itself is really stable. The automatic activity detection is on par with WearOS.

I.T software professional always studying and applying the knowledge gained and one way of doing this is to blog. Danny also has participates in a part time project called Energy@Home [http://code.google.com/p/energyathome/] for monitoring energy usage on a premise. Dedicated to I.T since studying pure Information Technology since the age of 16, Danny Tsang working in the field that he has aimed for since leaving school. View all posts by Danny → This entry was posted in Blog and tagged edc, garmin, iphone, oneplus, vivoactive, wearables. Bookmark the permalink.